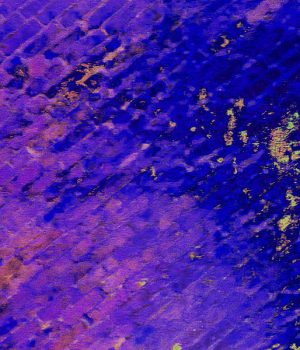 Today I had planned to go through some editing on some work I was doing for a client, but my “new” smartphone has sucked up most of my day.

My son has a nice Samsung Galaxy S “Vibrant” SGH-T959 that was replaced last year under warranty. The first replacement unit was lost, so T-Mobile sent a second one, which went to my son. Because the first one never turned up, I ended up paying $400 to T-Mobile for it – lost or not, they didn’t have it. Now I do.

Even though I am the ultimate late adopter – this is my first smartphone – I was excited to finally make the transition. Still brand new, but because it was a replacement, it was minus the back cover, charger and battery. So I went on eBay and got the missing accessories, got my old Nokia 5310 “dumb phone” deactivated, transferred my SIM and MicroSD cards, and activated this Samsung in its place; relegating the Nokia to briefcase accessory status, for when I travel internationally and want to use a phone with a local SIM card.

Now I’ve been living with the Samsung for a week and I like it (although – call me old-school – I do like to press a button to answer the phone, and not have to fumble with swiping my finger across the screen). So the other day, I found and paid $5 for an app that syncs this Android-based phone with iTunes on my Mac, which is appealing because it would eliminate the need for me to carry both my iPod Touch and the phone, which (superior iPhone usability aside) are functionally redundant except that one doesn’t contain a phone.

Because the ‘lost’ Samsung was about a year old, it had Android v2.1 installed. But the app I bought only ran on Android 2.2 (of course, I didn’t think to look at the small print: the system requirements listed by the developer in the Android Market). So for the past 2 days, I have been trying to update this phone to Android 2.2. T-Mobile has no in-store technical support (in reality, if there’s any, it’s informal – if the employees happen to be up to speed, they often do try), so I went home dejectedly and went through three tiers of T-Mobile phone support. Even T-Mobile’s Level Three technician couldn’t figure it out.

So I went directly to Samsung, and I found them to be extremely helpful and very polite. I also had the impression that they were very well organized and trained. As it turns out, T-Mobile required Samsung to disable the “over the air” software update function for this phone, and instead, requires that the update be done by downloading an installer called “Kies Mini,” and doing it via a USB cable.

I decided on my own that the problem was the cable, so I went back to the T-Mobile store on bended knees with outstretched palms, and they gave me a new cable. Still nothing. In desparation, I decided to turn off all other network connections on the phone, by invoking “airplane mode.” Eureka!!!

But not so fast: Kies Mini then put up an error message that said the phone didn’t have the right software version installed, and that the phone could not be updated via the cable, and needed to be updated “over the air” (Wait a minute – this was the entire and only purpose for this software in the first place, to do the update via the cable). Perfect!

So I called Samsung Tech Support back, gave them the case number that they gave me yesterday, and within 5 minutes, we had a solution. They gave me an RMA number, so I could return the phone for a full ‘re-flash’ of all of the phone’s software at no charge. Not only that, but it will be … not Android 2.1… not Android 2.2… but Android 2.3 !!! But I’ll have to be without my phone for a week, so I’ll reactivate my Nokia and stand by.

So, let me review. I’ve put at least 6 hours into this, between T-Mobile phone support, two trips to the T-Mobile store and two support calls to Samsung; not to mention the hour I just spent ventilating about this experience on my blog. I give T-Mobile a grade of D-, but not an F, only because they gave me a cable on my second visit. I give Samsung support an A for good intentions and effort, but a C for the information they made available to their support staff, which was incomplete. I give Samsung product development a C- (they make a nice phone, but the Kies Mini experience was very Alice-in-Wonderland).

If this was an iPhone, first of all, this would have worked because there is only one build for the OS at any given time; and not many, as is the case for Android). Second of all, it would have taken maybe 10 minutes from start to finish. If I’d known that I’d have this (hate to say it…) Windows-like experience with my new phone, I’d have put it on eBay and bought an iPhone (although I’d have to buy it unlocked direct from Apple, unsubsidized, because T-Mobile does not carry the iPhone in the U.S. and T-Mobile’s network accommodates it just fine.

Now I know what the analysts mean when they say that “the Android experience is very fragmented.” Everyone’s experience differs. Your mileage may vary.

[ Feb 6 – Note: I had also contacted the developer of the app that got me started on this Android update escapade in the first place. To their extreme credit, their product manager responded with concern. I hope that this all has a happy ending because app developers tend not to take the trouble to do this. ]