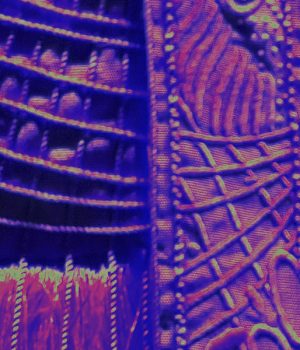 This is a continuation of a blog entry that I made in early February, concerning my experiences with a Samsung mobile smartphone and my carrier, T-Mobile.

About a week after sending my phone to Samsung for the software ‘re-flash,’ an email showed up saying that Samsung couldn’t do it because it had a hardware issue. The cost of repair was revised from zero (which I had received in writing), to $70. I called them to confirm – were they really changing the terms of their deal? – yes (although, the service rep was very polite about it). I knew this phone should under hardware warranty, since it was less than a year old, so I told Samsung that I’d be back with proof. They said they would do the repair if I could prove it.

So I went back to the T-Mobile retail store to request a printed record but they had no access to my repair history, although they politely offered to allow me to pay my bill… If I had any hopes that I would receive customer service in a T-Mobile retail store, these hopes were now officially dashed: these stores are only for sales and payments, not post-sale customer service.

Back home, and back on the phone to T-Mobile phone support, which confirmed that the unit I had was, in fact, less than a year old. But they could not warrantee it because the unit that it replaced was more than a year old. You’ve got to be kidding me. A silence, and then the T-Mobile rep said: “But wait, you have insurance on this phone! You can replace it under your insurance plan!” Why was I not informed of this three weeks and 8 hours of effort ago? Because the phone was being used under my phone number, and not the phone number for which it was originally activated (even though both numbers are on the same family plan).

As soon as I told them that the phone was originally activated under another number on my family plan, the insurance suddenly applied and I was allowed to choose one of four different phones. I asked Samsung to return the Vibrant to me, which they did. T-Mobile sent a replacement phone – a Samsung Exhibit II (Samsung model number SGH-T679) – which was similar but not identical to the Vibrant model. It works, and I’m getting used to it.

How does this story end? First, I was impressed by the complete lack of customer service that I received from T-Mobile – one of the worst customer experiences that I have ever had. This lack of concern for customer loyalty, and the incredible inefficiency of this process truly lowered the bar. And why does T-Mobile treat customers as potential criminals? Every time I call them, they ask me to enter my phone number and the last four digits of the primary account-holder’s social security number. Then again, verbally, once an agent answers. And why does T-Mobile disable the over-the-air update feature for smartphones and force the use of a USB cable, especially when the update software tells you that you can only update the phone over the air? I don’t get it.

Second, I’ll revise my grades to both Samsung and to T-Mobile. For T-Mobile’s utter ineptitude and lack of customer concern (and I won’t even get into the absence of retail staff training), I give them an F+. The ‘+’ comes only because they finally addressed the repair on my phone by replacing it. I give Samsung a D-. Good manners don’t count when companies retract promises made. This error was not a matter of $70 revenue for a service case. It was a matter of customer loyalty and retention. I also own two Samsung TV sets but my next one? Not so sure.

Truly, I hope that Samsung does a better job with their connected TVs than they do for their mobile phones, since the task of support for an app-enabled connected TV is probably more involved than it is for a phone, not to mention that is a lot more difficult to return a TV to the manufacturer for repair.

Third, it reaffirms my loyalty as an Apple customer. If this Samsung phone breaks, I will most definitely buy an unsubsidized iPhone. Even if the Samsung can be repaired under warranty or insurance, I will sell it on eBay as soon as it comes back from reapir. Say what you will about Apple and their spoiled-rotten ‘fanboy’ customers, but Apple is a market leader for a reason. I don’t have the time or the inclination for anything less than a superior customer experience. That’s right up there with usability, and Apple wins on both.