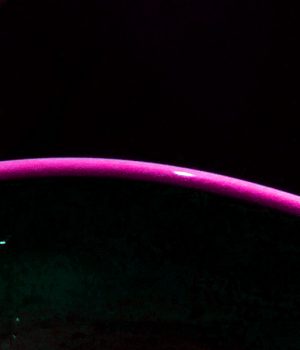 For us “industry folks,” the annual International Consumer Electronics Show in Las Vegas marks the final jolt back to reality after the holiday season. As everything has become connected, as telecommunications carriers and pay TV service providers have become mainstream exhibitors – and especially because the multi-screen world of anything anytime to any device is now a reality – CES has become a must-attend event. Both to see what’s new, and to meet with associates, clients and friends.

I was fortunate to receive an invitation to today’s AT&T 2012 Developer Summit, where AT&T made a number of significant announcements:

The event was keynoted by an all-star cast, including Ralph de la Vega, president and CEO of AT&T Mobility and Consumer Markets; Microsoft CEO Steve Ballmer (who ended with his trademark cry of ‘Developers Developers Developers!’); and Nokia president Stephen Elop (who is positioning Nokia’s upcoming Windows Phone-based Lumia as Nokia’s re-entry into the U.S. market). My personal favorite moment was toward the end of HTC CEO Peter Chou’s presentation, when he trailed off into “This is my personal device. It’s really really good!” while showing off HTC’s new Titan II LTE model. Senior executives of Sony, Samsung, and Pantech each introduced a variety of new smartphones and tablets that run in AT&T’s LTE mobile network; some of which established new form-factors.

Toward the end of each presenter’s pitch, it was mentioned that “oh yes, we have an SDK.” It left me wondering what the “Uber-SDK” might be for all of this, given that each vendor’s environment has proprietary elements, and surely no developer wants to enter into ten or more separate parallel developer streams (which is really the situation today). AT&T’s announcements represent one step in the evolution toward “One Ring to rule them all,” where, in this case, the AT&T network is the common denominator.

Although the event was predominantly oriented toward mobile, lo and behold, there is also an AT&T U-verse Enabled SDK! This was what convinced me to stay beyond the keynote session for the breakout sessions, and I can report that the SDK is a good first step. Like the rest of the solutions at this event, the U-verse Enabled SDK was oriented toward mobile application developers, so functionality was somewhat limited. Developers can create mobile second-screen apps that associate devices and apps with individual U-verse receivers (set-top boxes), issue commands (such as channel-change), detect state-changes (such as acknowledgements that the command was executed).

The ability to develop or modify the TV UI itself was out of scope, as that is the domain of Microsoft Mediaroom. Left unsaid was the notion that separating the U-verse Enabled SDK from Mediaroom provides AT&T with the flexibility to use it for other TV middleware platforms. (Apple was also absent from this event; AT&T directs Mediaroom and iOS developers to their respective vendors’ own programs).

Having been around IPTV since its infancy, I still have to pinch myself when I see all the advances. In October of 2011, AT&T introduced four new social TV apps for its U-verse IPTV service:

These apps were built by independent developers in collaboration with the AT&T Foundry, a network of development centers in the US and Israel that’s currently hosting more than 100 active projects with third-party developers. After today’s event, more developers are likely to join in. It will be interesting to see what these projects produce as they come to market, especially as it further enriches the IPTV and multiscreen experience.