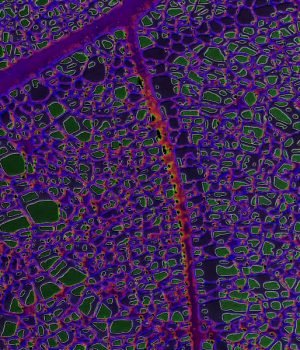 On August 24th, 2011, Steve Jobs announced his resignation as CEO of Apple, although, at his request, he was quickly elected Chairman. On August 25th, The New York Times published an article listing Mr Jobs’ 313 patents. They are shown as thumbnail images of the inventions, and clicking on each one brings up the individual patent filing document. Nice work, New York Times.

The 30-year-old “PC vs Apple” war has gotten as nasty as American politics of late, as boomer-age computer geeks transition from vitality to curmudgeondom. They should take a minute, step back, and think about the impact that Apple and Mr Jobs have had. Not just on computing but on society. No, I don’t think that’s hyperbole.

Interacting with a computer would have been very different, had Apple not commercialized Xerox’ windows-and-mouse user interface. Smartphones would probably still be limited to corporate enterprises. There wouldn’t be Blackberrys without Apple’s Newton, which – being 3 years ahead of the Palm Pilot – failed for being ahead of its time. People wouldn’t be watching TV on tablets.

We’d likely have MP3 players and perhaps even a media content ecosystem resembling iTunes, but it probably still wouldn’t have the media industry’s blessing and piracy would probably still be rampant. Publishing would not have been desktop until years later. Just as Twitter was part of the Arab Spring this year, desktop publishing was part of the fall of the Soviet Union; allowing Boris Yeltsin to circumvent the state propaganda apparatus – 2 years before the Web was even proposed. You’d still be getting floppies in the mail from AOL, because we’d probably still be using them. Plus, everything would still be as difficult to use as Windows. Think about that.

On January 22nd, 1984, Apple Computer ran a TV ad during the Superbowl that became instantly famous and changed advertising.

The end of an era.

[ Postscript: A Windows 7 user in my household installed a new toolbar in Internet Explorer the other day, which carried something nasty that crashed the laptop fatally. Fortunately I had run a backup of this computer in July. After reinstalling Windows, the suspect toolbar had somehow reappeared in the IE browser and neither Firefox and AVG antivirus would reinstall, nor would the firewall activate. A waste of an evening, and for what? Over the course of many Macs since the 80s, I have NEVER had a virus. Kaspersky found about 12 on my Mac last week but they were all in the Windows 7 virtual machine that I sometimes use. What does this have to do with Steve Jobs, you might ask? Well, his company has surely saved me countless hours not having to scour my Mac for ka-ka-ware every time I start the thing. I guess that makes me a clueless Mac fanboi. ]