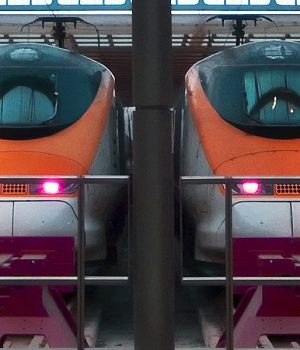 Last week’s announcement that Google would acquire Motorola Mobility caused a fair amount of tea leaf reading by observers in industry segments ranging from mobile to tablets to TV (both the traditional variety of TV and the interactive Internet-enabled variety). Myself included. A lot of people reflected on Google’s pending (if it goes through) acquisition as a way that Google will arm itself with a bounty of patents that might deter potential Google adversaries.

I think that this event occurs at an inflection point for two device categories: tablets and mobile smartphones. Smartphones first. Briefly speaking, I agree with others that say the MMI acquisition will drive some mobile device companies away from Android unless there is some contractual assurance by Google that MMI won’t get any kind of competitive advantage over other Android licensees. But where would those device companies go? Right to Microsoft. Verdict: a win for Microsoft, and indirectly, a win for Nokia.

But the tablet story could have been more interesting. Unlike the smartphone, whose market dynamics are a three-player game between Google, Apple and Microsoft in a mature category, the tablet category could have had four or five players for some time (“tablet wars” could have echoed the “browser wars” of the 1990s-2000s). At first glance, the MMI-Google alignment seemed to compress the number of tablet operating systems down to two: Google (Android) and Apple (iPad/iOS). But I don’t think that game is yet quite over.

According to Strategy Analytics, Android had 30.1% share of the tablet category as of Q2 of 2011, up nearly 30% from a year eariler. Apple had 61.3%, down 33%. The fact that Android is on the rise bodes well for MMI’s Android-based Xoom tablet, which has been available from Verizon and others since early this year. Because Motorola is an incumbent supplier to pay TV service providers as well as to wireless carriers, the Xoom is well positioned in front of two kinds of consumers.

Granted, Hewlett-Packard’s sudden discontinuation of the H-P TouchPad – and the rest of its WebOS business, formerly Palm, which was acquired by H-P just 16 months ago – also helped consolidate the tablet category. Not only did H-P discontinue the device, it discontinued the whole operating system. RIP Palm, really this time. The TouchPad was launched amidst an expensive advertising campaign and promises that it would be everywhere in our lives – only about 50 days ago. It went into fire sale mode a few weeks later with a permanent $100 discount. A 64GB version was launched in Europe just last week! Clearly, the decision to kill that business was made some time ago – and the launch was done just to clear inventory. H-P seemed to be “all in” – H-P even launched a store – until H-P was suddenly “all out” (except for the inventory). Only Carly Fiorina could love such a debacle. Sad.

RIM’s PlayBook tablet debuted to mixed reviews. This device anticipated that HTML5 would win over Flash for video delivery (and had a little help from Apple). As a nod to its corporate enterprise accounts, it’s tied to the Blackberry ecosystem – but it’s at a time when iPads are gaining acceptance in the enterprise. RIM’s QNX operating system was ranked #4 in tablet OS market share by Strategy Analytics in Q2 of 2011, that share was only 3.3 percent. The tablet OS called “Other” made up just 0.7 percent, but H-P was not even part of that, since the TouchPad launched in July.

In summary then, Apple and Google are the clear category leaders, while another potential player (H-P) exited the category abruptly. Perhaps RIM will stay in the tablet category for awhile, having its greatest appeal in Blackberry enterprise accounts, but its overall share will remain very small – maybe small enough for RIM to fold its hand. If so, that would leave two, right?

Not so fast. First, Apple is defending its leadership position not only through innovation but also through litigation. Samsung was barred from selling its Android-based Galaxy Tab model in Europe and Australia, although it won at least a temporary reprieve soon afterward. And according to some analysis posted by Daring Fireball, the number of Android-based tablets actually in use is much lower than its market share estimates. In other words, they are selling in to the reseller channel; they’re just not selling through to consumers.

Then, there’s Microsoft. According to Strategy Analytics, Microsoft holds the number three spot in the tablet category, at 4.6%. For Microsoft, tablets have always been seen as another distribution channel for the Windows franchise. Microsoft has already demostrated Windows 8 on tablets.

In fact, Microsoft may actually (finally) fill a gap that needs to be filled in the tablet category. One of the frustrations of the iPad is that it does not have the full Mac experience. Unless an iPad user accesses a Mac via a virtual machine, he or she does not have access to most of the tools that are fundamental to the Mac, such as Microsoft Office, Photoshop, etc. So, the iPad is not a Mac substitute. Google does have virtualization to Google Docs, so in that respect, Google offers a better solution than Apple does, for Mac users. But for Google Docs, you need to be online. Therefore, neither Apple nor Google provide a satisfying solution. (Yes, I know – the iPad is a ‘lean-back’ device, and was not envisioned as a computer replacement. It makes a fine TV sceen via the Slingbox or via ‘TV Everywhere.’ Bla bla bla – call me old-school.).

Because Microsoft offers a full Windows experience on computers that are built in a tablet form-factor, there is less compromise. Funny, because Microsoft has been trying to succeed in the tablet category for upwards of 20 years, and finally it seems to have a formula.

(Apple, are you listening? How about a MacBook Air that’s built in a tablet form factor, with keyboard attachable via USB, Thunderbolt or Bluetooth? I – and I’d bet many others – would buy one, since Windows ‘insists’ on being more and more difficult to use with every subsequent release.)