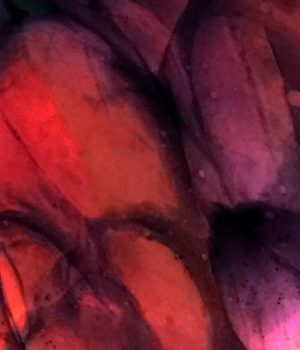 This article continues a story that starts here.  Part 2 is here and Part 3 is here.

I thought that the fourth time was a charm.  It had occurred to me that I should get the phone number specifically for the business department, should I be disconnected again; which I got.  I asked for an assurance that the next person I spoke with would be in the United States.  Then the call was transferred, to Emily in the business department in Logan, Utah.  Whew!

I thought I was getting somewhere

Emily understood my explanation, and after several brief times on hold, told me that she would be able to arrange a site visit on February 12.  But by this time, I had decided that the person who originally took my order on January 14 must have associated my broadband service with the wrong voice line (I wanted it associated with my office phone, because about 95% of its usage is for my business).   I suggested to Emily that she simply change the association.  She said she would investigate and then call me back “in a little while.”   Then we ended the call.

True to her word, Emily did call back about 10 minutes later to tell me that she was successful in finding a way to re-provision the lines in my home so the right phones would ring in the right rooms, and that Internet access would be via the right jack – from their end.  Thank goodness, because the alternative would have been for me to wait almost another week for the house call.

She said that the service change would take place some time before 5pm on Thursday.  At which time, I am instructed to switch the jacks on the side of my house again, then pray.   I told her she would hear from me one way or the other.   On Friday, I found that my lines still reversed, but decided that I had simply put enough time into this mess and went back to my “real” work.  In the afternoon, I went out to run some errands and noticed a message waiting on my mobile phone (which had been out of range for more than a day).  It was a representative from CenturyLink, saying that a technician would show up at my home on Friday Feb 7th.   I didn’t know whether this was a reminder of the visit that I was informed of on Wednesday, or was in response to someone I had spoken with on Thursday.

If, as Emily had said on Thursday, my service had actually been corrected by Friday, I would not have seen Internet service until I switched jacks outside.  But throughout the weekend and into Monday, Internet service had not been interrupted, and the two voice lines were still reversed.

On Monday morning, February 10 (CenturyLink Day Eight), I played a voice message that was left on my office line on Sunday at 1:01pm:

“This is a message from CenturyLink to let you know that your recent request for products or services is completed, and that service is available for your use.  At CenturyLink, customer satisfaction is important to us.  If your service is not working properly, or you have any questions, please call us at 1 800 573 1311. Thank you for calling CenturyLink.”

Since she had given me her phone number, I left a message for Emily – just in case she could help – and then called the number that was left in my voicemail on Sunday.