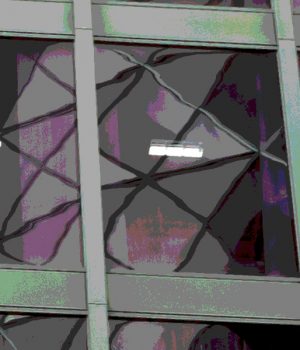 Somebody up there must have decided that I had had enough

While I was waiting for Emily from CenturyLink to call back (who never did), I decided to call the number from the “customer satisfaction” message that had been left for me on Sunday.  True to form, it landed in the Philippines.  But instead of going through the previous pattern, I immediately asked the agent to transfer me to an agent in the United States, which she did.

This time, the call was answered by an agent named Lori, who, after I asked, revealed that she in fact was able to read my history of support attempts on her console.  I told her that I expected resolution during this call, and since there must have been a lot for her to read, I gave her a short summary of the procedings to date anyway.  After two times on hold, she told me that Internet service was now associated with both my residential and business lines, and asked me to switch the jacks outside.

Of course, to switch jacks, I realized I would lose this call, so I asked her to give me her direct line.  She did so, and assured me that she would answer the phone.  So I switched the jacks outside and prayed.  First I called the residential line from the business line, and it rang on the right phone.  I called the business line from the residential phone, and the right phone rang.  I had Internet service in my office.  In short, everything was finally right.  I then called Lori to tell her that everything was finally in order, and thanked her for whatever she may have done.

I asked Lori to send me a customer service feedback form, told her that she was my hero for the day, and told her I would give her top marks for resolving all of this.  However, the promised feedback form never came.   Who knows whether the “right” services were a result of my calls with Emily on Thursday, or Lori on Monday.  Also, I’m half expecting to be billed double for Internet access, since it was now associated with both of my voice lines.  But after a week of drama, I was thankful to have my services.

Not only that, but my broadband access has gone from 700-something kilobits per second to the three megabits that (in fairness) the CenturyLink rep I spoke with on January 14 had said my line tested for.  Still, it’s far cry from the 40mbps that CenturyLink advertises in my local market.

Why did this have to be so expensive, to CenturyLink and to me?

In the aftermath of this debacle, I could only sit in wonderment.  Why, in 2014, couldn’t this have been better managed?   I was not CenturyLink’s first broadband customer.  Why a major Telco can’t seem to provide a consistent single view of their customer through any service rep’s console puzzles me.  Some reps saw my history and some did not.  Also, why could some customer service agents see what other parts of their operation were doing, while others could not – forcing them to place the customer on hold to call around the company manually?  Since the agents in the Philippines couldn’t help, why weren’t they better trained?  Why did so many people have to be involved? And all of this just to resolve what might even have been an order-entry mistake!

If you’re a Telco, you know that call-center support costs just a fraction of the $250-$500 per incident for a site visit.  Accordingly, it’s easy to see why CenturyLink doesn’t send technicians onsite to activate new services.  But they should darn well better make sure that their internal support, troubleshooting and escalation processes work flawlessly before confounding innocent consumers.  They also should make sure that nobody tries to sell wiring that isn’t necessary (the home was wired just fine two weeks ago before we moved in),  and make sure that the instructions that arrive with the DSL modem don’t reference a defunct company or a CD-ROM that isn’t in the package.  It all takes relentless attention to detail and frequent process testing, neither of which were evident to me.

My other observation was of how utterly unconcerned most of the CenturyLink reps were, about providing an acceptable customer experience.  They just worked there.  Nearly all of the burden to resolve this issue was placed on me, and I had to do all the critical thinking.  I was fortunate to finally reach two people – Emily and Lori, probably by the luck of the draw – that were actually able to help.  But to get to them, I had to bypass CenturyLink’s first line of defense: their outsourced call center.  I also had to bypass a representative that was hoping to book an $85/hour home wiring appointment which, in retrospect, and as common sense dictated, was never necessary.

One can’t fault that a company the size of CenturyLink must put a huge focus on cost-reduction, but my own experience showed how cost-cutting can backfire.  My many (many) calls, without resolution, were probably more costly than CenturyLink’s model would hope for.  And in addition to the poor use of my time, it put me out of business for several days – which was very expensive to me.

CenturyLink must and can do better.

I promised a number of people at CenturyLink that I would publish this series of articles, which hopefully speak for themselves.  Meanwhile, I’m looking forward to reviewing DISH’s new Hopper with Sling and its other associated new product offerings.

By the way, another DSL modem arrived from CenturyLink yesterday.  I’m not exactly sure what to do with it, and fear the consequences of calling them to find out.

On to my closing thoughts