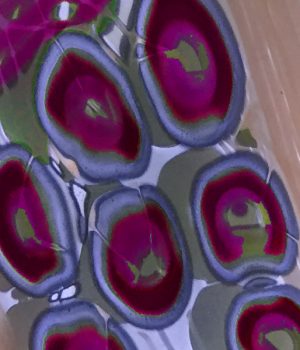 This article continues a story that starts here and continues here.

I made my third call to CenturyLink technical support.  But this time, it was to a different number: the one printed on the instructions that came with my modem.   After making my way through a new set of voice menus, I reached an agent who quickly put me on hold.

While I was waiting for the support rep to come back, I noticed that the ActionTec had its own 802.11n wireless radio, which I didn’t need because the AirPort Extreme has one as well.  Thank goodness I knew about 192.168.0.1, which many Internet CPE makers use as the admin port, accessed it with my browser, and deactivated the ActionTec’s radio.

Then I went nosing around the other menus, deactivating the log of URLs that I visit, and putting the ActionTec into stealth mode (so it doesn’t respond to pings from the Internet).  I also noticed that it had pre-set configurations for CenturyLink’s Prism IPTV service, including QoS pre-sets – even though CenturyLink doesn’t offer that service in my area.  But it’s smart of them to pre-set it that way.

A few minutes later, the agent came back on the line, walked me through a couple of steps to re-set the modem again.  Whatever she did in the meantime finally had given me access to the open Internet.  Unfortunately my “greater than 3mbps” Internet access was 768 kilobits downstream and a few hundred kbps up. I ended February 5th about one-quarter satisfied: I had broadband Internet service but it was glacially slow, and my voice lines were still reversed.

Back to square one

Before my last tech support call ended, the technician suggested that I go outside in the morning, find the network termination box on the side of my house, and reverse the two voice line inputs from there.  Which I did.   As a result, the two phone numbers were associated with the right voice lines, but my Internet service was out.  Switching my phone and DSL modem cables between jacks made no difference.  Either I had the wrong voice numbers with Internet service, or the right voice numbers with no Internet.

Making my first support call of February 6, the technical support representative who answered was very polite but also clearly reading a series of questions from a script.  After I answered her questions, she read me the questions again, which again I answered.  Again I was placed on hold for about 10 minutes.  And then again.  After two of these exchanges, I asked her where she was (not that it really mattered, but I was curious).  “Thank you sir for asking.  We are in the Philippines, sir.”  She said that she could not resolve my issue and would have to transfer me to the “business department,” which she assured me was located in the United States.  Then I was immediately disconnected.

Calling back, and after going through the same triage again, the next tech support agent also said she was “in Asia.”  She transferred me to the business department, and after telling about half of my story yet again (I was told that neither my account record nor the record of my conversation came across with my call), that call was also disconnected. On my third call,  I had the presence of mind to ask for a phone number in case I was disconnected again: 1 800 244 1111, which is the customer service number for CenturyLink.  In other words, if disconnected again, I would have to start all over. This was how I spent the first two-thirds of my day on Day Four of my CenturyLink experience, Thursday, February 6.