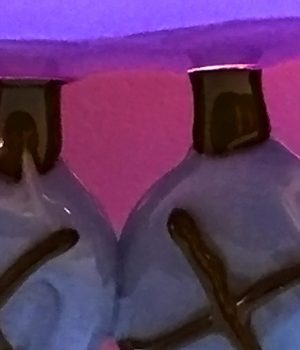 This article continues a story that starts here.

On the same day that I contacted DISH to schedule the service move, I also called CenturyLink to schedule new service activation with them.   Because there is no phone number portability for land-lines in the US, CenturyLink assigned us two new voice numbers: one for my home office and the other for residential service; to be activated on January 31.

As I was arranging new voice services, I was also informed that CenturyLink could not activate broadband on the same day.  Still hopeful, beginning on January 25, I began calling CenturyLink every couple of days anyway, to see whether they could align voice and broadband installations.   The agent said ‘she would try’ and gave me her contact number – which was a voicemail, not a live connection.  After an hour or so, each time, she would leave me a voicemail back, to say that she was trying.  On January 30, the day before the activation, she left another message saying she thought that it could (not ‘would’) be done.

Soon afterward, I received an email saying that broadband would be activated on Wednesday February 5, meaning that I would have to go to the local coffee-and-donut shop for connectivity on Monday and Tuesday, and then be out of touch altogether on Wednesday while I was waiting at home for the broadband activation.   Not an auspicious start.

The phones were backwards

On Tuesday, a box from CenturyLink arrived at my doorstep, so I had no reason not to expect broadband installation on Wednesday. I also assumed (although CenturyLink’s email wasn’t explicit about this) that a technician would visit my site.  I was also anxious to get the phone number reversal resolved.

By 3pm on Wednesday, I started to get nervous that nobody had yet shown up to connect my broadband service, so I called CenturyLink.  The agent said that she had no way of knowing the status, and put me on hold to call a dispatcher.  When she came back, she said that someone was in my neighborhood at the switch, so I assumed that the tech would be at the house shortly.

At 4:40pm, it was still a no-show, so I called again, only to be told that nobody would be coming that day.  The agent also informed me that I was now scheduled to be installed on Friday 2/7, and that the house would need to be re-wired at a cost of $85 per hour.  At which point, I lost my patience and ended the call.

Taking matters into my own hands

Suddenly I remembered the box that had shown up the previous day and decided that I could try to take matters into my own hands.  Inside were an ActionTec C1000A DSL modem, an Ethernet cable and an RJ-11 cable, along with a sheet of step-by-step instructions that said that I should connect my “PC” to one of the Ethernet ports on the modem (although my home, like many others, connects to the Internet via a separate WiFi router; which in my case is an Apple AirPort Extreme).

I plugged the Ethernet cable between the ActionTec and the AirPort Extreme and turned everything on.  Because nobody had ever visited or spoken with me, not only did I have any idea as to which of the wall jacks in my office would be active with which voice lines, but also, didn’t know which one was meant for broadband.  After some trial-and-error, the lights went green on the Actiontec: one of the jacks worked.

The AirPort Extreme found my home network but not the ActionTec.  Fortunately, Apple’s AirPort Utility software identified that the AirPort needed to be put into ‘Bridge Mode,’ which I did, which worked.   The ActionTec found the DSL line but not the Internet, but that was remedied by cycling the power on the ActionTec.   A browser window appeared on my screen, saying “Welcome to Qwest High Speed Internet!  Please insert the QuickConnect! CD-ROM…”

Except that Qwest was acquired by CenturyLink more than a year ago, and no longer exists.  And except that there was no CD-ROM in the package with the modem.  Entering a different URL resulted in the same greeting.