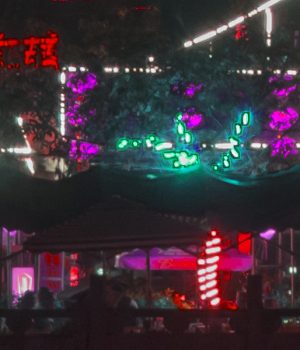 China has more IPTV subscribers than any other country in the world, and IPTV is available to millions of households nationwide. At the 2016 Huawei Global Analyst Summit this Spring, Mr. Jie Feng, CTO of China Telecom Sichuan Branch, explained how its own IPTV service has changed the DNA of his organization.

Traditionally, competition among communications carriers in China has been about providing bandwidth at the lowest possible price. On the mobile side, the three major mobile carriers in Sichuan Province are in a price war: the price for 700mb of data plus 200 minutes of voice service from Sichuan Mobile is equivalent to US$14/month, while Sichuan Unicom and Sichuan Telecom were at US$12 and US$13 respectively. The result is low customer loyalty and greater customer retention costs. In 2011, revenue was growing at a rate of more than 13 percent, but by mid-2013, growth was down to just over 8 percent.

The management of China Telecom Sichuan Province decided that a different approach was needed. Instead of joining the voice and data price war, it would focus its attention on providing Video First. Broadband has long been a national priority in China, not only for the benefit of consumers, but also to attract private investment and accelerate industrial growth. Because China Telecom has rich experience in the fixed broadband business, the company already had the foundation to differentiate itself from its mobile competitors by bringing video to as many consumers as possible.

To accomplish this Video First strategy, a new “Zero, One, Two” business model was put in place, where there is Zero cost for video as a basic service, Internet access over One fiber connection to the home, plus Two smartphones. Unlike the competition, Zero, One, Two enables China Telecom to appeal to the entire household, all for a single price. To support the transformation toward video as a basic service, China Telecom also transformed its organization by combining its TV Broadband, Multimedia, and New Media Operations departments, and placing them under unified management and operations.

By 2015, China Telecom had deployed a full optical network with 90% coverage. Traditional local exchange switches have all been shut down, and voice is all over IP. It took just 330 days from Sichuan Province to go from one to 21 fully-optical cities. In September 2015, the Sichuan government held a ceremony celebrating that it had become the first fully optical province in China. While some construction still remains in remote areas, coverage in cities in 2016 was greater than 98%.

At more than 9 million subscribers, China Telecom Sichuan Branch operates one of the largest IPTV deployments in the world. To provide high definition television, 4K ultra HD and Blu-ray video content, the operator built its ultra broadband metro networks to support 100mbps access. China Telecom also decided that CDN was integral, so it could accommodate not just traditional broadcast video, but also streaming video over the Internet. A three-tier CDN architecture was built, at the province-wide level, in municipalities and in areas that had marginal coverage. To meet the demands of its consumers, China Telecom Sichuan Branch opened its network platform to business partners. Content includes live TV such as China Central Television (CCTV), as well as video on demand, music and games.

Devices are also an important element. Before China Telecom Sichuan Branch placed video in its list of basic services, the operator certified full 4K set-top boxes, a first for any Telco worldwide. Then, there’s a feature called Home & Love. While consumers in other cultures tend to communicate mobile-to-mobile, China Telecom recognized that many younger Chinese consumers rely upon video to communicate with family members far away, so Home & Love enables video calling from Handset-to-Handset, Handset-to-TV, and TV-to-TV.

“We know there are high requirements,” said Mr. Feng. “If there are interruptions or pixilation, we will get calls. So over the past 3 years, we have been developing an end-to-end system for video quality maintenance, from user through the operator’s network. We also are striving for zero configuration of the home gateway and set-top box, and zero verification of quality. We have automatic fault-finding: currently our system can find errors in the home, in the optical modem, and in the network, so it’s an end-to-end system.”

“If we can become pro-active, not passive, and forecast the user experience before the complaints come,” said Mr. Feng, “it will help a lot. We will continue to push the border of our video services and become a global leading operator.” China Telecom Sichuan Branch is already well on its way.