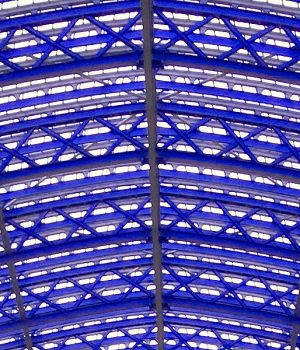 Our Story: At the end of January of this year, I moved.  The only available phone service at my new address is from the land-line incumbent, Centurylink (formerly Qwest (formerly US West) plus the parts of CenturyTel that Verizon didn’t buy out).  No cable operator, and mobile doesn’t reach.   I’ve been engaged in an arm-wrestling match with them ever since.  (The previous six installments of my story about this situation begin here).  As Obiwan Kenobi said in Star Wars, “You will never find a more wretched hive of sloth and incompetence.”

At the beginning of March, I received the first bill for services at the new address.  It had been forwarded to me from my old billing address, despite having changed it when I ordered service back in January.  I also was being billed for an extra DSL modem (which I had returned), plus services for three voice lines (not two).  Consequently, I spent about half an hour with an agent explaining the discrepancies, and was assured the extra modem and extra line would be removed and charges reversed.  I was also counseled not to pay that bill and wait for the adjustments to show on the next one.  I asked them not to discontinue my service for lack of payment, and they agreed.

On March 31, I thought it would be a good idea to check online for my March bill to see if the adjustments had been made.  All that was showing was $18 for prorated services at my old address in January, and nothing for services to my new address for February or March.  Calling Centurylink, the agent apologized, told me to sign out of my account and sign back in – and voila, there were the amounts for February and March.

The February charges had not been adjusted, and there were more erroneous charges for March.  The total was $604 approx for two months of services (for which I was originally quoted about $120 per month, times two, plus purchase of the modem, plus usage).

The paper bill showed up in my mailbox the same day.  It was 14 pages long, sent to my old address, and forwarded to my new one by the Postal Service.  After tracing through the paper bill for 30 minutes to make sure I understood what was going on, I called Centurylink customer service. Then I reviewed the individual charges  (which still included the third line and extra modem) with a billing rep.  At the end of the call, said she was not authorized to make any adjustments to my bill and abruptly transferred me to “Loyalty Programs” (whatever that was), where I had to explain my situation all over again.

As it turned out, Loyalty Programs is a euphemism for “try to talk this customer out of going to the competition.”  I was not being treated as someone trying to correct a bill.  I was treated as a potential defector.  Although that was not my intention, I didn’t want to spoil the illusion.  I didn’t have to tell them that they were the only game in my town, which would have given them inordinate power in this transaction.  Another 40 min with the nice man at Loyalty Programs resulted in $180 of adjustments to my bill, and I paid the net amount.   Quickly.  Before they changed their minds.

On April 2nd, I received an email that my March paper bill had been returned from my old address by the Postal Service.  Even though the services in the bill were for the new address.  Even though I had actually received this bill in the mail on March 31.   And even though I had already dealt with the whole thing on that day (as above).

But I called the number on the email anyway, just to make sure that they had my change-of-address.  One reason that this call was 20 minutes long was that they also had to confirm that my bill was paid current. Thankfully the outcome of my March 31 calls “took,” and their records showed that I was current.  Also, thankfully, the phones were working.

To be contined (here)