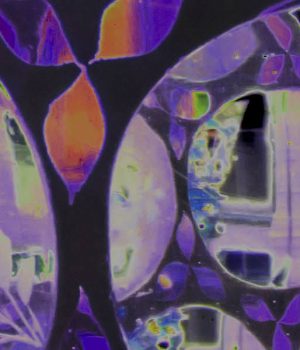 Over the weekend, AT&T announced its intentions to acquire satellite TV operator DirecTV.  Should the deal pass regulatory muster and go through, it will create an operator with about 26 million pay TV subscribers, plus 17 million broadband subs, 11 million phone subscribers and 100 million wireless customers.  As a merged entity, AT&T becomes a national pay TV provider, with immediate access to TV subscribers outside its fixed-line (U-verse) territory.  That’s just in North America.  DirecTV has about 18 million TV subs in Latin America as well.  All told, this would make AT&T the largest pay TV provider in the US (and in the Western Hemisphere).

Of course, DirecTV is a high-value target for content reasons as well: particularly its exclusivity for NFL Sunday Ticket.   Some major AT&T suppliers must also be taking notice.  For one, AT&T has based its TV service on Microsoft Mediaroom, which Ericsson bought last year.  DirecTV uses NDS TV security and middleware, and NDS is now owned by Cisco.  So, two TV infrastructure leaders that also both happen to be incumbent network suppliers to AT&T.

But there’s also a bigger picture: while a combined Comcast-TWC results in a triple-play provider, DirecTV adds to AT&T’s existing quad-play advantage.  Without offerings that compete against AT&T wireless and DirecTV, Comcast will remain a local carrier within its own cable TV service territory; even with Time Warner Cable.  To serve any devices – mobile or fixed – outside of its territory, Comcast will remain an OTT player.  (Note: TWC is partnered with Verizon Wireless – but it’s anyone’s guess as to how Verizon might treat ‘foreign’ video providers over its mobile network in the future).

The expiration of Net Neutrality was certainly a strategic consideration for both AT&T and Comcast.  One of AT&T’s terms in the proposed DirecTV acquisition is to place a three-year expiration date on its commitment to the FCC’s current version of Net Neutrality.  This is interesting, given that DirecTV is a satellite operator with no Internet access network of its own.   My own guess is that this is really a pre-emptive move to keep Comcast from having (or making Comcast pay for) equal access to AT&T mobile subscribers; for video delivered to smartphones, tablets or the Connected Car.

And Comcast doesn’t really have an answer to that.  Even if Comcast were to let its own Net Neutrality commitment expire in 2018 (which is the year specified in the terms for its NBC Universal acquisition), that will only be within Comcast’s own network.  Comcast would have little power over mobile carriers which, by then, will be perfectly able to parachute right into the thick of Comcast territory, to deliver high quality pay TV over LTE mobile access.  This places Comcast at the ultimate disadvantage, even with TWC, because it can’t do the same in a U-verse territory.  All the more reason to keep Net Neutrality principles in place.

By missing out on DirecTV now, and by not bidding for Sprint last year, Comcast missed two strategic opportunities to reach subscribers that don’t depend on fixed lines, at a time when mobility arguably represents the biggest single opportunity in telecom.  Not quite so much to see here after all.

But the competition will really get interesting when DISH finally launches a national LTE service, using all that spectrum that they’ve acquired in recent years.  Or, even more interesting if DISH were to acquire T-Mobile as well.