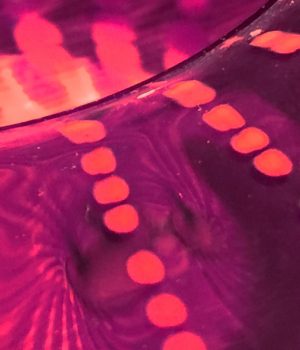 It’s an interesting time for companies competing to retain their positions in the pay TV security category. As Internet-delivered video services displace traditional pay TV, pay TV security has become a declining opportunity and the competing technology suppliers are moving proactively to stem the decline. Google’s giveaway of Widevine CAS & DRM and Android TV software represents the inflection point that has accelerated the sense of urgency for this: operators are adopting it widely and it’s tough to compete against ‘free.’

Within the video security category itself, multiscreen delivery has become old news. All the competitors offer mature conditional access platforms for pay TV delivery to traditional set-top boxes, and multi-DRM platforms for IP-connected consumer devices such as smartphones, tablets, streaming boxes like Roku, Apple TV, Amazon Fire TV and for smart TVs, game consoles, and the like. And all offer platforms that manage both traditional and streaming delivery to hybrid broadcast-broadband consumer devices, including Android TV. All of the use-cases are generally well covered.

So what are the competitors doing about it? In short, all of them have established new initiatives, albeit in different directions; some are moving into entirely new opportunities and solutions, while others are leveraging existing technology assets for new use-cases.

Verimatrix has expanded its video security focus to add distribution-chain security for content owners, both for traditional pay TV service models and for direct-to-consumer streaming services from content providers and online aggregators. Nagra has chosen some niche markets for video security, including secure digital cinema distribution.

Video anti-piracy is another growth area, and it’s a fascinating one because it finally justifies video watermarking and monitoring, which are two categories that have been around separately – some say have been technology solutions in search of a problem to solve – for upwards of two decades. Combine on-chip security (hardware embedded root-of-trust) with watermarking and monitoring, and you get a security pipeline that can uniquely identify any video stream; and through monitoring, locate streams that have been redistributed beyond their last point of legitimate distribution and apply remedies – some being punitive, some being opportunities. More on that in a future article – there are some really interesting use-cases that merit more attention.

Then there are initiatives that are completely outside of pay TV. At the recent CES conference, Nagra discussed how it is leveraging data collection and analytics technologies used with premium video, for better fan engagement at live events. Skidata, a sister company of Nagra under the Kudelski Group, provides ticketing machines for car parking at sporting event venues, whose data can be used by venue managers to connect attendees with pre-event videos to get them excited while they are in queue to enter the venue, instant replays and player details while the event is in progress, provide game summaries afterward and measure attendee engagement throughout.
In the face of all this, it will be interesting to see what comes of the pending acquisition of Verimatrix by Inside Secure, should it be finalized mid-year. The two companies have complementary product-sets, little product overlap and together could have a great opportunity.

And speaking of acquisitions, it’s hard to say what the other major pay TV security competitor, ARRIS, will be doing. ARRIS is being acquired by CommScope, which places the latter into the Pay TV category. In the big picture, pay TV security will be just a small portion of the combined companies’ revenue streams. ARRIS has lots of security ‘pieces’ but never established an umbrella brand for what used to be Motorola’s cable TV security business, the DRM company called SecureMedia, Latens Systems (an IPTV security company acquired by Pace which was in turn acquired by ARRIS), ARRIS Public Key Infrastructure business, et al. nor have ARRIS ever communicated an overall strategy for them. And this is to say nothing of recent industry speculations about ARRIS’ TV CPE business.

But back to the initial premise: some observers are quick to say that the technologies of pay TV are of diminishing concern, but it’s more accurate to say the fun has just begun for the next phase.