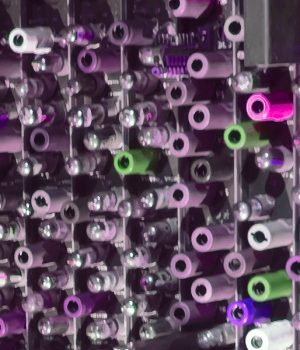 Yesterday (June 18), Microsoft announced a new Surface. Unlike the original Microsoft Surface – now called PixelSense – a horizontally-oriented 40 inch table-top touch-screen that functioned as a kind of interactive kiosk, this one is a type of tablet. On first glance, the new Surface looked like the Bizarro World version of Apple’s iPad. On second glance, too. Microsoft has copied Apple ever since Windows 1.0, and the copies never seem to work quite as well as the originals. But Microsoft might have something here this time – if they can position it clearly, articulate a roadmap, and get people excited about it.

Microsoft has chosen to position the Surface squarely against the iPad. I have an iPad for a couple of reasons. First, because I follow the TV industry and because the iPad has become established as part of the interactive TV experience, I had to have one so I could speak with some degree of credibility about it. Second, I thought the iPad would make a workable substitute as my primary computing device when on the go. As it has turned out, the iPad makes a great ‘consuming’ device, but as a computer replacement, it falls well short. So, even if I carry my iPad around at conferences, I still have to take my Mac on the trip for ‘real’ work.

Apple’s products work as an ecosystem, which begs the question as to whether Microsoft has an ecosystem in waiting for the Surface. There was no mention of any interworking between Surface and the XBox 360, which just announced a multiscreen strategy with SmartGlass. No content partners either, although Microsoft maintains ongoing discussions with the TV networks and studios and offers content through the Xbox (and the now-defunct Zune). There was more than a passing mention that Surface would be a showcase for Windows technology, yet it will be a captive Microsoft product with no OEM partners; sold only at Microsoft stores.

Although Microsoft PR responded almost instantly to my inquiry, they couldn’t connect me with a product expert or provide further information of any kind. Makes you wonder why they announced it now, and not wait until it shipped. (Cynicism alert…) Is Microsoft simply emulating Apple’s occasional tactic of announcing products months before availability in order to build up demand, or are they trying to get the analyst community to define exactly what it is before they firm up their full launch plan?

Microsoft may – yet again – fail at ‘slate computers.’ They’ve been trying at this category for more than 20 years. Microsoft OEMs trot out new models and they just don’t sell. Or, Microsoft might just succeed. If it runs full-blown Windows and Microsoft Office, and if it works like a ‘regular’ PC, then perhaps Microsoft may have found a niche that the iPad has missed.

But then again, why not just buy an “ultrabook” – a Windows counterpart to the MacBook Air. Or, why not just buy an Air? And that’s the dilemma. Will it rise above the rest? Is it a machine for consuming or for creating? Can it be both? Should it be both? Perhaps its biggest innovation is a new version of Windows, but Microsoft seems insistent not to license it to OEMs.

For now, Surface was a strange orphan of an announcement; a half-realized vision without the rest of the vision. Is it a PC? Is it a tablet? Can it be a TV? The proof will be in the product and in the execution.