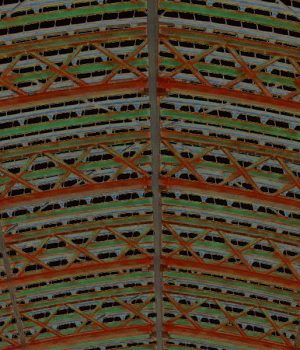 For those of us waiting for Microsoft to acknowledge the passing of the PC, don’t hold your breath. Instead, they have tacitly acknowledged that the post PC era has indeed commenced by quietly but diligently turning their attention to other areas.

One example is Microsoft’s recent alliance with Nokia. Many scoffed when it was announced that Microsoft was licensing Windows Phone software to Nokia and that instead of charging Nokia a license fee, as is common practice for a technology provider, Microsoft was paying Nokia for the privilege of putting its software on Nokia phones. Now, the initiative has moved past the “deal” stage: Nokia recently announced that it is outsourcing its whole Symbian (mobile operating system) business to Accenture. Also, Nokia’s Ovi mobile apps store is migrating to Windows Phone.

So Microsoft’s investment in Nokia might not have been an act of desparation after all. In fact, it was symbiotic. In a single move, Microsoft and Nokia gave one another a lift back toward relevance in the smartphone market that both companies have seen eroded by Apple and Google.

Similarly, Microsoft has been steadily moving its pieces forward in the search category. At the beginning of May, RIM (Research in Motion) and Microsoft announced that Bing will become the default search engine for RIM’s Blackberry. Verizon ships a lot of mobile smartphones with Bing in the default position as well.

Another such category is interactive television. Although it didn’t really work very well at the beginning, Microsoft Mediaroom has become the foundation software for more than 20 IPTV deployments worldwide, which puts them in the top tier for market share in that space. AT&T U-verse TV is based on it, as is Deutsche Telekom’s T-Home Entertain service in Germany. Another category is Microsoft’s adaptive-bitrate video streaming technology, which use proprietary Silverlight and PlayReady DRM technologies.

Now, take a step back and look at the bigger picture. Microsoft has always been good at making incremental advances, and at being “good enough.” In other words, not great, but serviceable and eventually good enough to scale. The same goes for search, mobile and IP video.

But the game has changed: instead of Microsoft proprietary technology being an advantage, it has become a liability. For example, Verizon’s new Flex View multi-screen video feature within its FiOS TV service uses Silverlight and PlayReady DRM, which doesn’t work on all of the consumer devices that Verizon wants to leverage. Verizon is said to be planning a transition to HTTP streaming and HTML5 delivery, which would also allow Verizon to phase out its Windows PC-resident Media Manager video transcoding application in favor of using cloud-based delivery.

In another example of a proprietary approach, Microsoft Mediaroom (IPTV) developers must use Microsoft’s Presentation Framework for application development, which also requires the Microsoft Visual Studio authoring environment, and deployment via the Microsoft ASP.NET platform. It also uses a proprietary markup language that allows applications to call content from repositories and servers in the network, assemble the user interface and present it to the consumer.

I wouldn’t cry for Microsoft. They still have a good gig. When’s the last time you read about Steve Ballmer jumping up and down at a Microsoft sales meeting, screaming “Windows Windows Windows!” No, Microsoft has moved its old “Embrace and Extend” game to some new venues. But this time, there are alternatives.