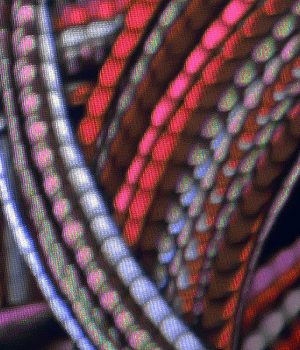 The Wall Street Journal ran an article today about Dell’s losing its way in today’s consumer device marketplace. According to the article, one of the company’s beliefs is that slick hardware will win back the consumer. This is very dated thinking, and here is why.

Dell and many other Windows OEMs have lost the consumer because they fail to provide three things: a solid and consistent user experience, an ecosystem approach, and an ability to take calculated risks. By comparison, Apple succeeds in all three by providing an ecosystem that consists of a common core operating system, application development tools, a wide range of content, and a marketplace (oh, yes, and also hardware) – combined with strict application development guidelines and the uncanny timing that helps it win at bringing new device categories into the mainstream.

Google has been moving in that direction, with an operating system, a user experience, and a marketplace; depending upon third parties for the hardware (which is where it loses some control). Google is already addressing the fragmentation of its Android platform and its user experience, and probably regrets allowing mobile vendors like Motorola to put their own overlays on top of the “pure” Android experience. It will probably take time (and a few release cycles) to right the ship completely.

This helps make Google Apple’s most significant competitor, not Dell. And not Microsoft. Microsoft will keep trying to buy its way back into relevance (e.g. the Skype purchase), but will fail because little of what Microsoft does these days is original. We’ll see what happens.

Speaking of Skype, my hypothesis is that Microsoft will try to take Skype’s platform proprietary, turn it into a vertical offering for corporate enterprise segments, and in a few years either sell it (as eBay did) or kill it (as Cisco did with a business that wasn’t their own core business, called Flip Video). Begging the question: “Why didn’t Skype IPO instead?” – since IPOs seem to be succeeding with some regularity these days (see: LinkedIn).

Defenders of Dell – or Windows in all of its many flavors – just aren’t seeing the forest for the trees. The same fate has befallen H-P and other such OEMs. It’s also why Linux has never made it big in the broad consumer marketplace.