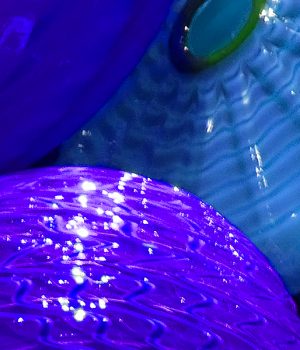 At the end of May, tvstrategies moved its global headquarters, but our communications services were not to be active until mid-June.  It’s the second time that CenturyLink failed at provisioning our basic telephone and broadband services.  Our story…

Because we are in an area that occasionally loses electrical power, we need a land-line from the local telephone company.  People forget that the CableCo provides phone service using Voice over IP.   Which means that when you lose power, you lose your router, which in turn means you lose not only your broadband service but also your phone – which will be important when the Zombie Apocalypse strikes.

So before our move, rather than placing an order with CableCo, I called local incumbent Telco CenturyLink.  Strangely, they couldn’t find our new address, asked me to identify the township and section from county land records (!) and instructed us to contact CenturyLink in Florida, 2,700 miles away.

Figuring that there had to be a better way, we contacted the management of our new development which gave us the number for the CenturyLink office that manages the area surrounding tvstrategies‘ new digs.  They located us quickly and scheduled the installation for May 30th.

But why did this happen? Because although CenturyLink’s acquisition of Qwest Communications (previously US West, one of the seven regional operating companies that resulted from the 1984 break-up of the Bell System) was completed in 2011, the two companies had still not integrated their IT systems.

Since my old office was in former Qwest territory and the new one is in a territory that was once part of CenturyLink’s predecessor CenturyTel, it meant that CenturyLink had no way to coordinate the relocation of our services – which should have been a simple of entering a new address on an admin screen.  Instead, our new address was invisible to them, and therefore didn’t exist.

But there’s more. A CenturyLink installer came out on May 30, poked around for a few minutes and informed us that they had to do some digging.  Even though there is a FTTH pedestal on the property, literally 20 feet from the door.  So yes, CenturyLink does in fact serve the neighborhood (or, in Telco/Cable jargon, “the buildings are passed”), but even the responsible office can’t seem to see whether or not the individual buildings are actually connected without a site visit.

CableCo, on the other hand, also passes all these buildings – and knows where their lines are.  They are also good at incenting new subscribers with “triple play” service (TV, broadband access and telephone together).  To provide the TV portion of the triple play, CenturyLink offers AT&T’s DirecTV, since they are no longer promoting their own Mediaroom-based Prism TV service.

When I asked the CenturyLink installer how long it would be (“Days? Weeks? Months?), he said “probably a week – someone will get back to you.”  After he left, I saw that he had left the door open for the network interface box on the side of our building.  I rolled up the exposed wiring by hand, stuffed it onto the box, and closed the door.

After several days of no contact, I called CenturyLink in Gig Harbor again and was informed that our installation would happen on June 14.  I called them again on the Monday prior to installation to re-confirm, and was assured it was still on.

I’m glad I had the foresight to add cellular/LTE compatibility for my iPad – as a mobile hot spot, it serves to connect our computers and other sundry devices to the outside world. But the cellular signal is marginal here, and we sometimes lose the connection.