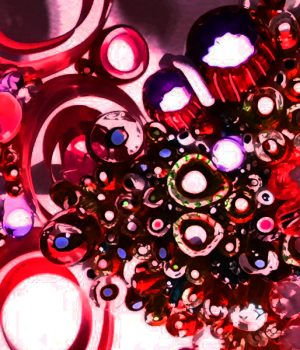 No, I don’t mean Ray Kurzweil’s singularity, a point at which the intelligence of machines exceeds that of humans by evolving on their own. I mean the ability to deliver any video content anywhere, enabled by cloud delivery and any-screen encoding.

A friend of mine forwarded a notice to me, for a Webinar entitled “Turning your software applications into a Cloud Suite,” hosted by Microsoft. Far from being a stranger to the cloud, Microsoft is a major driver of cloud technologies, having virtualized Microsoft Office with its Office365 service in 2010; and by pursuing a number of product and service initiatives in that area.

But it prompted me to reflect: this friend of mine comes from an enterprise-IT perspective. I find that IT people who work in the enterprise space are still generally unaware that the cloud is a reality in the carrier and entertainment space (unless they work in those industries), even though they go home and increasingly use these services every day.

Most of these are online-on-demand, but only the rights issues (not the technologies) prohibit them from streaming live/OTT to non STB devices outside the home (many already stream live TV to apps, connected TVs and other IP-connected non-set-top devices inside the home – again, rights-limited). Common streaming, DRM and rendering environments for all types of devices (see MPEG-DASH, DECE/UltraViolet, and HTML5, respectively) – are in the latter stages of standardization, and harmonization across a variety of technical standards bodies is underway.

Also, there already are standardized or proposed reference (network and architectural) models for Transcoding / transcrypting / transrating / trans-sizing etc for multiscreen – at the headend, in the cloud, and at the home (for the latter, see the video gateway category – the next step in the evolution beyond whole-home DVR set-top boxes).

Yes, this ‘singularity’ is coming to the screen nearest you, and it’s on many of them already!

Note: I hope to see some of you at IP&TV World Forum. On March 22, I am chairing the Cloud TV track of that conference. I am also a judge for the IP&TV Awards and will be leading an analyst round table while there.