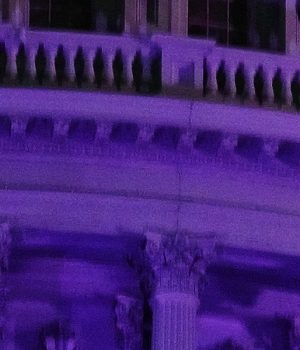 On March 12, 2015, the FCC published its 300-page-plus Net Neutrality ruling, titled In the Matter of Protecting and Promoting the Open Internet: Report and Order on Remand, Declatory Ruling and Order.

As expected, Republicans in Congress immediately threatened to undermine it.  US Representative Fred Upton (R-MI), Chair of the House Committee on Energy and Commerce and two Congressional colleagues announced their objections the same day.

Another US Representative, Marsha Blackburn (R-TN) exclaimed that “Trying to regulate or reclassify the Internet has as much support as transferring Guantanamo Bay detainees to the United States. Both proposals are net losers that need to be retired once and for all.”   She is co-sponsor of an anti-Net Neutrality bill, HR4070, The Internet Freedom Act, which is currently before the 113th Congress.

Was the FCC strong-armed?

This week, The Washington Post reported that the FCC’s Inspector General, who is named by the FCC Chairman, has opened an internal investigation.   On March 17, US House Communications and Technology Subcommittee chairman Greg Walden (R-OR) released a draft bill to reauthorize the FCC.  One of its stipulations is to make this Inspector General independent of the agency.

While the Republicans are firm in their convictions, others believe that this situation simply repeats a tactic that they’ve used since the days of Ken Starr and Whitewater, and most recently after the killing of the US Ambassador in Benghazi Libya: conduct endless hearings to create the appearance of a criminal situation where none actually exists.

Perhaps a better tactic would be to do a little research about the legislators initiating these hearings, to see where their campaign donations come from.

The FCC goes to the movies

I’m reminded of two movie references, the obvious one being The Empire Strikes Back.   Just before the the FCC’s vote, Republican FCC Commissioner Ajit Pai even quoted Emperor Palpatine, saying “Young fool… Only now, at the end, do you understand,” imagining that someday, people would look back wistfully upon the decision with regret that they didn’t stop it when they could.

But perhaps more aligned with America’s political climate, there’s also that charming character from the last scene of Pixar’s The Incredibles.