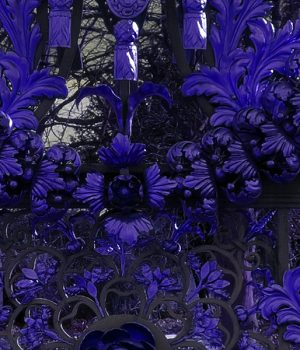 Update, October 28, 2011: According to reliable sources contacted after this blog entry was posted, only Intel’s Digital Home Group (the Marketing team) was dissolved and reassigned. The Atom chips themselves are alive and well. In fact, the next-generation 51xx dual-core series are in the hands of outside developers, and the first new products based on them are coming in the CES 2012 time-frame.

——-
(Original Post: October 13, 2011) It’s interesting and unfortunate that Intel seems to have (suddenly) exited the Atom STB processor business – The CE4100 ‘Sodaville’ and CE4200 ‘Groveland’ chips. You’da thought it was a healthy business, given the effort and expense Intel put into promoting it just last month at IBC. A sizable booth, and about a half-dozen commercial implementations on display – and if it’s true, this move likely left these implementations in an awkward position.

It’s strange timing, just as the platform was beginning to get some market traction. The Boxee Box uses it. Logitech and Sony built GoogleTV devices around it. Amino built its Freedom product line around it, including a custom–built an Atom-based box for Telecom Italia. Not to mention Comcast and DirecTV and their upcoming Atom-based set-tops. But these chips were much more expensive than other STB chips and never got to real volume as a result.

From the initial news reports, it has not been clear if Intel has stopped taking orders for the chips altogether, or has only ended proactive marketing for them. Intel’s apparent exit follows in the tracks of (a couple weeks ago) Intel pulling out of MeeGo, which is the environment that Intel had been pitching to STB co’s for these chips. Now MeeGo has been merged with Limo, to expand its scope and shift it toward HTML5 (not a bad thing, but disruptive for developers).

Just goes to prove my old theory. In the end, so many companies always revert to “safe” businesses when the chips are down (and that’s literally, in the case of the Atom line). For Intel, it’s always been about the chips – the money they put into vertical markets such as TV are tactical marketing programs, not strategic.

Then there’s Cisco, which buys S-A and later sells its Mexican STB factory to Foxconn. Nobody’s quite sure what the story with Cisco’s Videoscape is, but its lead executive resigned. Cisco always goes back to its core networking businesses.

Google and Google TV? The Google TV platform was also implemented on ARM-architecture chips, so that platform itself is not in jeopardy with Intel’s exit. But (without going into the tangent about what Google might have planned for the platform after the Motorola Mobility acquisition), Motorola’s IPTV set-tops are Broadcom and Sigma (MIPS architecture) based. So (correct me if I’m wrong), wouldn’t GoogleTV have to be ported to MIPS in order to run on these Motorola boxes, if it hasn’t been ported already? That could make it a long wait.