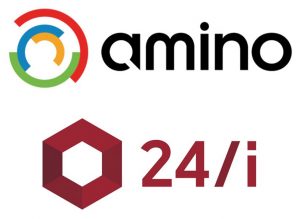 Long-time set-top box maker Amino Communications announced this week that it has acquired 24i, a developer of video user experience and app solutions. This continue’s Amino’s transition from being primarily a traditional TV set-top box supplier, toward being a TV software supplier first.

The pay TV supplier chain has long been agonizing over – and many say, has been in denial over – pay TV’s slow but inexorable transition from fully operator-controlled CPE to a bring-your-own-device service model.

Rather than fighting the industry’s downtrend in pay TV CPE sales, Amino strives to stay in front of it by becoming more software-centric, device-agnostic, and less dependent on its own CPE hardware sales.

The pay TV middleware and service delivery platform categories have been undergoing a transformation over the past half-decade, including an embrace of Google. While Android TV and its ancestor Google TV were once seen as a pariah with much to learn, Google’s software platform has matured and the pay TV industry has embraced it as a way to reduce costs while expanding access to content.

Impact on the set-top box category

Google’s increasing dominance over the set-top box category has also served to commodotize it. Mobile apps have become the first stop for video consumers, with operators moving – largely in self-defense – to pure-IP streaming devices that enable both managed video and open streaming access.

It follows that pay TV software developers have had little choice but to embrace Android TV in kind. Virtually all of the middleware category’s supplier community – including Amino – now offers an Android TV launcher that pairs Google’s ecosystem delivered over IP with traditional TV distribution over managed networks and satellite.

What it means for Amino

For its part, the combination of Amino’s embrace of Android TV and its 24i acquisition spotlights how Amino has turned its primary focus to software. But by promoting the up-cycling (modernizing) of legacy set-tops, Amino keeps one foot in its STB heritage.

Amino must continue to enable its customers, the operators, to be where the consumers are – and for the foreseeable future, it’s in both consumer-owned devices and in squeezing as much usable life as they possibly can, out of devices already deployed.  The 24i acquisition furthers that goal.

Why cover it here?

I have been been immersed in the pay TV middleware and service delivery platform categories since the early 2000s, so this acquisition is close to home, so to speak.

I am convinced that the next stage in the evolution of pay TV technology is to fight rights-infringement that occurs through video piracy.  Piracy Monitor, my new Web site, newsletter, and consulting focus, is dedicated to raising awareness for video piracy, its detection, available countermeasures and best practices.  Please subscribe!